By Onome Amuge
Corn futures fell on Tuesday after a report by the United States  Department of Agriculture (USDA)  rated 64 percent of the U.S. corn crop in good to excellent condition, up from 62 percent last week to erase concerns about the condition of crops in the world’s largest producer/exporter. 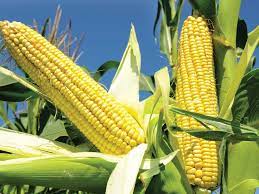 The  most active corn futures on the Chicago Board of Trade (CBOT)  shed 0.8 percent to settle at $5.49 a bushel.
Matt Ammermann, commodity risk manager at StoneX, New York, said the corn market was weakened by the USDA’s  positive report of U.S. corn crop conditions  which was unexpected by market participants.

Ammermann added that the market is now awaiting the USDA world supply and demand report on Thursday to see how the USDA assesses U.S. corn yields and production.
Elsewhere, Soybeans rose on hopes of more Chinese demand. Wheat prices  also traded higher following reports of torrid conditions which led to a decline in U.S and Canada’s output. Market reports noted that wheat’s bullish stride is supported by concerns about harvests in the European Union and Russia, but more input is needed to sustain upward momentum.
Wheat gained 0.2 percent to $7.13 a bushel, while soybeans was up 0.6 percent to $13.38-3/4 a bushel.
Commenting on the rise in soybeans, Ammermann asserted that China simply has a requirement to purchase a lot and the U.S, asides being a top producer, is about the cheapest and the sole high-volume soybean seller in the world now.
Businessamlive Website Stats