A new report by the United Nations Conference on Trade and Investment (UNCTAD) has shown that nations are increasingly rejecting foreign direct investments (FDI) due to national security concerns. 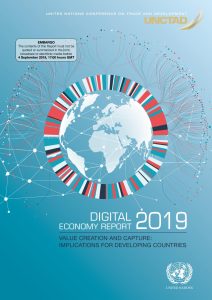 From January 2011 to September 2019, UNCTAD reported that at least 13 countries introduced new regulatory frameworks. In addition, at least 45 significant amendments to existing screening systems were recorded in 15 jurisdictions in this period.

UNCTAD identified 28 jurisdictions that have such a distinct mechanism. Moreover, the European Union established an FDI screening cooperation system between the European Commission and the EU member states.

Also, the number of cases, where foreign investment has been blocked or did otherwise not materialize for national security reasons is rising.

The aggregated value of these transactions amounts to more than $162,5 billion – with the lion’s share falling into the last two years. For example, in 2018, the value stood at $150,6 billion – which was equivalent to 11.6 percent of the total global FDI flows in that year.

UNCTAD identified at least 20 instances of planned foreign takeovers with a value exceeding $50 million that failed for these reasons in the period from 2016 to September 2019.

“Countries that have not established dedicated FDI screening mechanism for national security reasons may control inward investment through other means. Some countries impose restrictions on foreign land ownership, particularly in border areas. Others set sectoral restrictions for foreign investors through negative lists or stipulate additional conditions to be met in licencing procedures. Furthermore, numerous countries provide in their investment laws for general safeguard clauses relating to national security and public order. According to UNCTAD Investment Law Navigator, there are at least 27 of such jurisdictions,” said the report

According to the Special Investment Policy Monitor , the concentration of distinct FDI screening mechanisms in advanced countries and emerging economies may be explained by the fact that they are the main global destinations for foreign investment, making them therefore more exposed to foreign takeovers in sensitive sectors and activities.

“In addition, many of these economies show a relatively high degree of openness towards foreign investment, including in key economic sectors and infrastructure. FDI screening for national security reasons may thus serve as a safety valve for regulating the entry of foreign investment in critical cases,” UNCTAD stated.