The African Development Bank (AfDB) has endorsed $25 billion to be invested in financing agriculture projects in Nigeria and four other African countries. 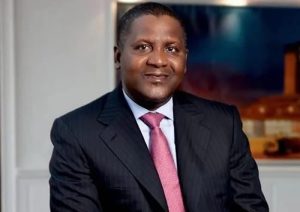 Akinwunmi Adesina, president of the multilateral development finance institution confirmed the report in a statement issued by the bank, which listed Gabon, Mali, Senegal and Sudan as other beneficiaries.

Adesina disclosed that in Nigeria, AfDB is supporting Indorama Eleme Fertilisers and Chemicals Limited with $210 million for the construction and operation of two urea fertiliser plants, with an annual capacity of 2.8 million tonnes.

He added that the finance institution will make available a $300 million corporate loan to Dangote Industries to bolster its establishment of a crude oil refinery as well as its urea fertiliser plant, which has a capacity of 2.8 million tonnes per annum.

The AfDB chief who previously served as Nigeria’s minister of Agriculture and Rural Development stated that the $510 million financial support offered to Nigeria will help the continent’s biggest economy float its plan towards becoming a net exporter of fertiliser.

Adesina expressed optimism that the next set of millionaires and billionaires on the continent will be beneficiaries of the agriculture industry. He also predicted that the African food and agricultural market would exceed $1 trillion by 2030.

Speaking on the African Continental Free Trade Area (AfCFTA) agreement, he stated that the move is crucial towards achieving improved food production and he encouraged African countries to leverage on the current opportunities in the market by accelerating output via agro-industrialisation that backs the private sector and the public sector.