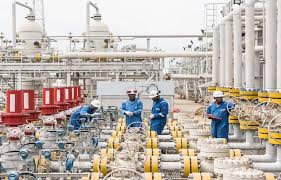 In a statement made available to Business A.M., the SEPLAT PEARLs Quiz programme is described as a unique CSR initiative of the company aimed at promoting and rewarding academic excellence while raising the quality of education of secondary school students in these states of SEPLAT’s operational areas.

According to the energy company, this year’s programme began over six months ago with a total of 574 schools, and that after rounds of rigorous and challenging stages of the competition, four schools emerged and advanced to the last stage and from which the three final winners emerged.

In opening remarks by Roger Brown, SEPLAT’s chief executive officer, delivered by Chioma Nwachukwu, general manager, external affairs and communications, the CEO said SEPLAT was happy to note that through the programme 45,140 students have been positively impacted by this programme and that many schools have benefited with a boost to their infrastructure as many projects have been undertaken.

In her own comment, Chioma Nwachuku, said promoting educational excellence remains a cardinal objective of SEPLAT hence the various educational programmes in its host communities.

Efifia Chu, an NPDC official and deputy manager, SEPLAT JV, in attendance, expressed gratitude to all participants for taking advantage of the SEPLAT PEARLs Quiz which promotes a critical Sustainable Development Goal and promotes healthy competition among students.