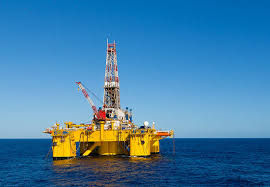 Nigeria recorded a downtick in active drilling oil rigs to 13 in August after a record high of 16 in the month before. According to Baker Hughes, a leading oil and gas services firm, drilling activities seems to have slowed down despite an increase in crude production.

Crude output by Nigeria increased by 74,000 barrels per day in the month under review.

The country had witnessed a three year high in July for the second time this year, hitting 16 rig counts, and production output of 1.752 million barrels per day, according to Organization of Petroleum Exporting Countries (OPEC) monthly oil report.

The country’s rig count is still relatively low in comparison with March 2017 rig count, which stood at 49. As tensions rise and pressure builds on oil prices due to impending sanction on Iran, crisis in Venezuela and other geo-political tensions, analysts forecast that oil prices might hit $80 per barrel. The rigs deployed for drilling should be on the rise.

Despite OPEC’s announcement that its total output rose by 220,000 barrels per day, some countries like Nigeria that recorded increased production lost active rigs.

Venezuela, another OPEC member followed in third place as it dropped just one active rig in August to land at 27. Angola, second largest oil producer after Nigeria and fellow OPEC member saw its rig count drop from 4 to 3 in the month under review.

However, these losses were offset by gains in Saudi Arabia, OPEC’s largest producer who recorded an increase of four, it stood at 117 rigs in July and spiked to 121 rigs in August. Algeria also added 4 active rigs and its total rig count for the period under review also stood at 49, while U.A.E, and Ecuador both recorded an increase of two active rigs to end at 57 and 10 respectively for the period under review, BakerHughes said.

Other member states recorded no changes to their rig counts for the period under review. Kuwait rig counts still stood at 50 in August, Qatar at 9, Angola at 4, and lastly OPEC’s newest member Congo at 3 active rigs.

Going by regions, Africa recorded a slight decrease of one, as active rigs in the entire region declined from 90 to 89. Asia also witnessed a decline of 6 active rigs. Middle East rig count rose by 1 to end the month under review at 397.