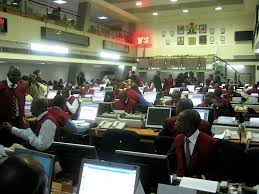 With recorded declined in the market, the All-share index (ASI), which is the benchmark instrument tracking upward and downward flow of share prices, shed 33.25 points to close at 26,356.83 basis points.

Consequently, the Month-to-date and Year-to-Date (YTD) returns of the marked worsened to -0.31 per cent and -16.11 per cent respectively.

Market capitalization, inevitably followed trend to close lower at N12.835 trillion following the N12 billion loss it recorded at the end of the session.

Nevertheless, turnover for the session increased as total volume of trade climbed by 182.29 per cent to 694.02 million, valued at NGN7.83 billion and exchanged in 2,780 deals. Zenith Bank was the most traded stock by volume and value at 357.22 million units and NGN6.18 billion respectively.

Market sentiment, as measured by market breadth, was negative as 12 tickers recorded declines relative to 11 gainers.