A popular saying among the Ewes of Ghana’s Volta Region, which is to the east of the country, states that, “when the drumbeats change, you change your steps as well.”

For this reason, the Ghanaian government has taken a cue and is reacting accordingly to the global cry on climate change. Not many people have taken notice, but finance minister, Ken Ofori-Atta says, the county is exploring “more results-based climate financing options, including carbon markets and climate impact bonds.” This is to prepare Ghana to join the on-going climate change shout all over the globe.

Consequently, Ofori-Atta told the parliament in his 2022 budget that the country has submitted 18 proposals to the Green Climate Fund (GCF) to seek funding and nine co-financiers. He says, nine proposals have been approved, totalling $106.9 million, and one of these is the Ghana Shea Landscape Emission Reduction Project (GSLERP).

The GSLERP, which has commenced with an approved amount of $30.1 million from the GCF, is aimed at significantly reducing emissions from deforestation on the shea landscape and restore degraded savannah forests as well as improve livelihoods through enhanced ecosystem services. 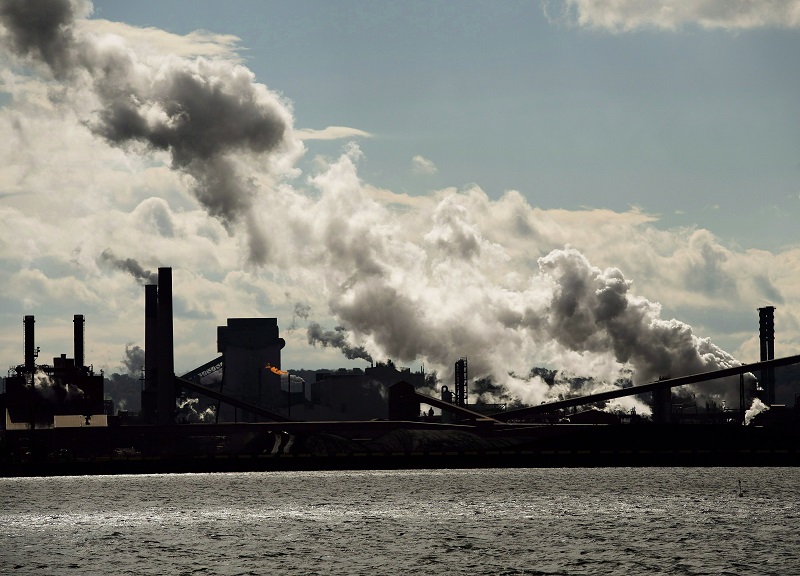 Shea is a major source of livelihood in Northern Ghana and provides critical economic support for women. Shea landscapes are important sources of carbon storage and can improve adaptive capacities by making ecosystems more resilient. The project will enhance the capacity of susceptible groups, including women, to sustainably utilise land resources and enable value addition in the utilisation of forest resources.

The government is also using the Fiscal Consolidation and Job Creation project to contribute to a 30-50 percent increase in income for 20,000 women collectors organised into cooperatives. It also supports implementation of the National Reducing Emissions from Deforestation and forest Degradation (REDD+) Strategy, Ghana’s Nationally Determined Contributions (ND), which is a non-binding national plan highlighting climate change mitigation, including climate-related targets for greenhouse gas emission reductions, and other government policies to reduce deforestation and forest degradation.

Ofori-Atta said, “though women carry out about 70 percent of agricultural activities in the country, they also lack access to formal financing channels. In response to this, the government intends to implement a programme on Affirmative Finance Action for Women in Africa (AFAWA) with the objective of empowering women groups in the most vulnerable agro-ecological zones through the provision of Technical Assistance (TA) and Lines of Credit (LoC) to enable them to participate in low-emission Climate Resilient Agricultural (CRA) practices in the country.

AFAWA is an on-lending programme that will provide credit lines to local commercial banks. These loans will exclusively target Micro, Small and Medium-Sized Enterprises (MSMEs) and farmer-based associations led by women to support low-emissions and climate-resilient agricultural practices. It is hoped that this initiative will unlock trillions in investments and create millions of jobs. The country has joined the Coalition of finance ministers for Climate Action to facilitate stepped-up engagement of ministries of finance and the deployment of policy instruments to accelerate the transition to low carbon economies while supporting sustainable and inclusive growth.

Ofori-Atta said by joining the coalition, the country will receive support to mobilise and align the finance needed to implement the national climate action plans, establish best practices to support climate budgeting and strategies for green investments and procurement, and factor climate risks and vulnerabilities into economic planning.

In addition, the country is also exploring alternative climate investment options to implement climate actions geared towards the achievement of the country’s NDC. A total of 24 million tonnes of carbon emissions out of a target of 64 million tonnes are available for carbon market transactions.

Furthermore, the government has put in place the critical policies and regulatory arrangements that will enable the country to participate in global carbon markets, Ofori-Atta said, adding that, this paves the way for both local and international private sector investors and project developers to either independently or with the government, leverage this unique opportunity to trade carbon with countries and corporations. This is with ambitious net zero targets over the next nine years.

Based on this, the Government of Switzerland accepted Ghana’s request to pilot climate change mitigation activities under Article 6.2 of Internationally Transferred Mitigation Outcomes (ITMOs). It is for this reason that the government signed a bilateral agreement with Switzerland in November 2020, which set the framework conditions for the implementation of Article 6 of the Paris Agreement. Consequently, the country will receive funding from Switzerland to leverage finance and stimulate investment in green friendly projects that will contribute to achieving our NDC and SDGs, in exchange for two million tonnes of carbon emission reduction credits.

The Environmental Protection Agency (EPA) and KLIK Foundation (private sector partner for the Switzerland Government on ITMOs) have identified Solar Photovoltaic Systems, Landfill Gas, Cook Stoves and Biomass Pellets as areas in Ghana to be developed into mitigation programmes to achieve the objectives of the Bilateral Agreement.

Ofori-Atta said, this agreement will open the doors for commercial projects and empower national businesses to drive climate action in the country. It will be named the National Clean Energy Access Programme (NCEP). The government has also conducted a 2nd Climate Public Expenditure Institutional Review (CPEIR) for Ghana in 2021.The objective of the review was to provide comprehensive data on climate relevant interventions and expenditure.

The study indicated that over the last five years (2015-2020) Ghana spent an amount of GH¢14.5 billion on various climate change interventions. This constituted an average of 3.94 percent of total expenditure. Key ministries involved in climate change interventions (i.e. the Ministries of Environment, Science, Technology and Innovation, Sanitation and Water Resources, Fisheries and Aquaculture Development, Lands and Natural Resources, Gender, Children and Social Protection) committed more than 30 percent of total expenditures to climate change. This is an indication of government readiness to address the climate change issues.

From every indication, the country is also pursuing and implementing an aggressive afforestation programme and projects aimed at restoring lost forest cover. It is for this reason that the government embarked on programmes to reclaim degraded lands to ensure the sustainable protection, management, production and development of forest and wildlife resources. These include the Ghana REDD+, National Afforestation Programme and the Forest Investment Programme which seek to provide alternative livelihoods and reduce dependency on forest resources.

There are also other interventions intended to leverage the drive towards a green transition in a manner that promotes sustainable growth, financial and fiscal stability, increased employment, and reduced inequality. The country’s response to climate change, Ofori-Ataa said, “will therefore play a key role in achieving our transformation agenda, and medium to long-term national development objectives.”

He said, beyond emission reduction through natural infrastructure, the government also intends to invest in the use of technology, and will, in partnership with the private sector, invest in the assembly and integration of electric motorbikes. In addition, the government is also investing in more forest conservation and sustainable land use programmes to provide opportunities for local entrepreneurship and job creation involving youth and women as well as strengthening small and medium scale enterprises (SMEs).

Hopefully, these initiatives will put Ghana up there among countries that have made creating a better environment a top priority!

Francis Kokutse is a journalist based in Accra and writes for Associated Press (AP), University World News, as well as Science and Development.Net. He was a Staff Writer of African Concord and Africa Economic Digest in London, UK.