The Governor of the Central Bank of Kenya (CBK) has announced the ambitious strategy of the bank to change lever into Bitcoin as a blanket move to solve the myriads of fiscal and monetary challenges facing the Kenyan economy. 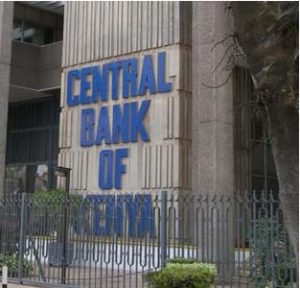 Patrick Njoroge, the Central Bank governor noted that the systemic fiscal and monetary problems facing the country had made it hard for Kenya to develop as it ought to. He said the switch to Bitcoin would help it cushion the attendant economic effect on the economy from the volatile local currency (Shilling), the foreign currency reserves shortages, and the increased velocity in the local currency as well as the protection of the country from the exploitative loans which currently is on the rise and threatens Kenya’s sovereignty.

“Our decision to shift to Bitcoin is both tactical and logical. Our currency has always been the punching bag for the International Monetary Fund which always claims that the Kenya shilling is overvalued. This has led to too much pressure on the Kenyan Shilling and this has a negative effect on the economy. We are losing too much simply because someone at IMF woke up on the wrong side of the bed. Bitcoin will put an end to this,” he said.

In the CBK helmsman’s statement, “It should be easy for Kenyans to switch to Bitcoin and other digital currencies because they are already used to cashless transactions.”

Following the decision by the apex bank in Kenya to adopt the currency, some experts have suggested that other countries such as the developing markets across the African continent will follow the line of Kenya as they could use Bitcoin trading both as a source of revenue and placing a foothold against oppressive financial systems that have over time seem to have favoured the developed countries and leaving the poor countries helpless.

Meanwhile, others have asserted that with the backing of Bitcoin users in the country, Kenya will be able to withstand the pressures coming from the adoption, but also warned that the largest east African nation may likely face the wrath of the world system.