The London Metal Exchange (LME) is considering shutting down its iconic open-outcry ring, where traders have swapped base and precious metals, including aluminium, copper, gold and others, for more than a century. 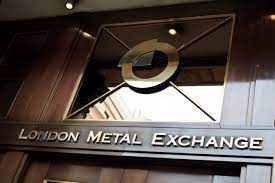 The London-based world centre for industrial metals trading, established in 1877 was acquired by Hong Kong Exchanges and Clearing Ltd. in 2012 and is renowned for its open-outcry ring trading where marketers use shouts and hand signals to attract more financial players.

However, the world’s largest market in options and futures contracts on base and other metals, has proposed shutting down its market ring permanently, concentrating fully on electronic and virtual pricing instead, noting that electronic pricing had served the market well during the pandemic and achieved greater transparency around the way market prices are organised.

The LME further stated that the permanent closure would attract a broader group of participants to the market, beyond the physical-metal players that tend to favour the ring over the LME’s electronic platform.

Although the LME temporarily closed the ring in March due to the covid-19 pandemic to avoid the tight gathering of traders which posed a health risk, some market analysts opine that a permanent closure of the ring could possibly lead to heightened competition with electronic traders and much better capitalised banks.

A total conversion to electronic trading is expected to be announced on March 23 with concerns bordering around potential for short-term market impacts. The LME also disclosed laying out its next steps by the end of June, following feedback from market participants.

The LME ring was last shut down during World War II when operations were closed for years as a result of the war.