Nigeria’s pension assets, which has seen a history of growth in the past few years, is set to continue this trajectory and is now being projected to reach N20 trillion by 2023. 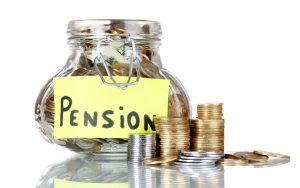 A pension industry report for 2021 put together by leading pan-African credit rating agency and a provider of industry research and knowledge in Nigeria and sub-Saharan Africa, Agusto & Co, made this projection and also envisages that the industry will witness an average growth rate of 18 percent – following the five year average growth rate of 18 percent – in the next three years leading to 2023.

The assets under management (AuM) of the Nigerian pension industry as at 31st december 2020 stood at ₦12.3 trillion, depicting a 20.6 percent growth over the ₦10.2 trillion reported at the end of 2019 and an 18.3 percent compound annual growth rate over the last five years.
In the report, Agusto & Co said the growth in the industry’s managed assets has been largely driven by investment returns, as well as additional contributions, to a lesser extent.

It noted, “Over the last five years, the industry’s annual contributions averaged ₦699 billion while withdrawals averaged about ₦341 billion, representing a net annual contribution of ₦347 billion and accounting for 26.6 percent of the industry’s AuM growth over the period. The remaining 73.4 percent of average growth, however, is attributable to investment returns earned on the portfolios.”
According to the credit rating firm, the continuous increase in pension assets supported by increased participation will be further driven by Nigeria’s demography, which favours the young adults and rising yields in money market instruments. On this basis, Agusto & Co said it expects an improvement in the performance of the industry as operators compete for higher return on investments, improved customer service and use of technology for operational efficiency.
The report further shows that over the past few months since the pension transfer window opened to allow pension retirement saving account (RSA) holders switch Pension Fund Administrators (PFAs) once a year at most and at no cost, more than 25,600 RSA holders with pension assets over ₦102.5 billion were reported to have changed PFAs.
The credit agency expects that  the number of transfers will rise further as more enrollees become aware of the transfer process in the subsequent quarter.
While it is expected that the development would bring about competition to further intensify  the pension industry as PFAs seek to attract new enrollees whilst also retaining existing ones, Agusto & Co said it expects the industry’s structure to remain relatively unchanged in the short-to-medium term with the top five players leading on the back of good market presence and strong brand recognition.
Notably, the Nigerian pension industry has evolved from one with predominantly public sector participants running a defined benefit scheme to a mandatory defined contribution system for all government and private sector employees. The 2004 pension reform redefined retirement planning in Nigeria in addition to driving a significant growth in the number of enrollees and the size of managed assets in the industry.
Businessamlive Website Stats