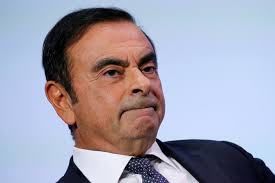 Carlos Ghosn was dismissed as Nissan Motor Co. chairman three days after his arrest on allegations of financial misconduct, marking a stunning fall from grace for an executive who had gained a cult-like status leading a global car alliance.
Bloomber reports that Nissan’s board voted unanimously to remove the manager from his psot, it said after a meeting that lasted into the Tokyo evening. At the same time, the panel pledged continuity by saying its alliance with Renault SA wont change.
But in ousting Ghosn, the Japanese side chose a more aggressive path than their French partner which had opted earlier to appoint only an interim leader for Ghosn’s post and had asked Nissan to do same.