State-owned oil company,Nigerian National Petroleum Corporation (NNPC), has assured there would be adequate supplies of petroleum products during this period, despite the on-going industrial action embarked upon by members of the Petroleum and Natural Gas Senior Staff Association (PENGASSAN) over the federal government’s implementation of the Integrated Payroll and Personnel Information System (IPPIS). 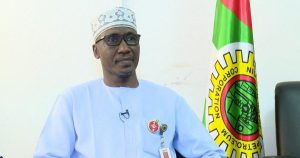 MeleKyari, the NNPC group managing director assured that the corporation has in place a stock of over 2.9 billion litres of petrol to guarantee seamless movement of people, goods and services across the country in the forthcoming Christmas season and beyond.

PENGASSAN and its junior counterpart, the National Union of Petroleum and Natural Gas Workers (NUPENG) last week threatened to shut down oil and gas facilities nationwide, citing a breach of agreement by the federal government in the IPPIS implementation on their members. On Monday, they made good their threat.

The same IPPIS is a sore thumb between the central administration and university lecturers whose union, the Academic Staff Union of Universities (ASUU), has downed tools since March this year, thereby keeping the nation’s university system under great strain in the last eight months, the Covid-19 pandemic notwithstanding.

Like ASUU, PENGASSAN is kicking against the IPPIS, which is domiciled in the office of the Accountant General of the Federation (OAGF), responsible for payment of salaries and wages directly to the bank accounts of federal government employees, after deducting and remitting third party payments from the affected workers’ salaries.

For the NNPC, mounting insinuation of possible scarcity of petroleum products would not arise, as it has stockpiled products in the dispensing stations across the country, and would keep all of them operational.

Kennie Obateru, the group general manager, group public affairs division of the NNPC, quoted the corporation’s group managing director, MeleKyari, as saying that the industrial action embarked upon by PENGASSAN would not lead to scarcity of petroleum products, as all fuel stations and petrol depots in the country have enough stock of products to service consumers; and are open for business.

However, Kyari expressed hope that the industrial dispute would be settled amicably.

The NNPC GMD repeated that the corporation was determined to make the 2020 end-of-year festivities a zero-fuel queue period, just like the preceding year. He noted that critical stockholders in the petroleum products supply and distribution chain such as tanker drivers (PTD), depot owners (PDO) and road transport owners (RTEAN) have been mobilized to ensure hitch-free season.

However, some oil industry experts who spoke with Business A.M. said they were doubtful how long the national oil company can go with its approach. They rather advised the corporation to work towards getting the federal government to dialogue with the striking oil workers, with a view to settling the dispute.

Friday Udoh, a gas value-chain expert and chief economist at the south-south chapter of the Institute of Chartered Economists of Nigeria (ICEN) told Business A.M. from Eket, AkwaIbom State that it was better the federal government moved to resolve the dispute with PENGASSAN and NUPENG, rather than getting the NNPC to stockpile products.

According to him, the union members within the corporation would rather be forced to obey their unions’ directives than carry out government’s instruction, as acting otherwise could expose them to physical attacks by the union members, at a time the country was still tensed up.