By Hope Ikwe, Jos
The Joint Union  of Plateau State owned Tertiary Institutions(JUPTI)   has called off it’s Seven weeks  strike as it states that government has met some of its demands. 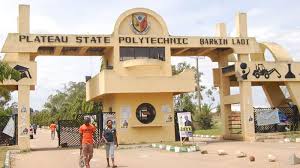 Chairman of the union,   Paul Dakogol said the state government was able to address some of the issues  during the strike but   entered into agreement with Union on those issues they could not handle immediately only  last week .
According to him,  the issues that were addressed  included the Plateau State Polytechnic, College of Education Gindiri, CAST Kurgwi, College of Agriculture Garkawa, Colleges of Health Technology Pankshin, and  College of Health Zawan strike actions. Issues addressed also included  the “payment of  ‘no work,  no pay’, the unpaid check up dues and Cooperative deductions, gratuity remittance for the months of February and March, 2019 and staff recruitment which is on going”.
He disclosed that the state government had approved the exemption of all the tertiary Institutions from the treasury single accounts and has promised to  look into the payment of peculiar allowances  to Academic  and Non- Academic staff.
Dakogol,  however maintained that the Union will not accept non-commitment from the Ministry of Finance in implementing the agreement  and would not hesitate to take necessary action if the government reneges on the terms of agreement.