The House of Representatives has passed for second reading the Finance Act (Amendment) Bill, a component of which seeks to increase the value-added tax from five per cent to 7.5 per cent. 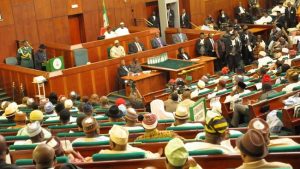 According to the short title of the legislation, the amendments seek to provide for the review of tax provisions and make them more responsive to tax reform.

Some lawmakers had expressed reservation over the plan to hike the VAT rate. According to the lawmakers, in separate interviews, higher VAT will create more hardships for the masses.

The lawmakers, who are members of the opposition Peoples Democratic Party, asked that the rich be taxed more through the luxury items they consume.

However, at the second hearing on Wednesday, only Nicholas Ossai, among the PDP lawmakers, raised strong issues against the VAT increment. “There are areas of this bill that pinch the masses and we represent the grassroots,” he said.

According to him, the areas include air travel, which is no more a luxury as the roads are bad and not secure, and electricity, which will affect the lower class adversely.

In his ruling, the Speaker referred the bill to the House Committee on Finance for further legislative action. The committee is expected to conduct a public hearing on the legislation.

The bill had narrowly passed second reading at the Senate, with several senators vowing to mobilise stakeholders against it during the public hearing.