The Revenue Mobilisation Allocation and Fiscal Commission (RMAFC), has assured the Plateau State government that the N102 billion investment it demanded to facilitate development of its agriculture, solid minerals and tourism sectors would receive the attention it deserves. 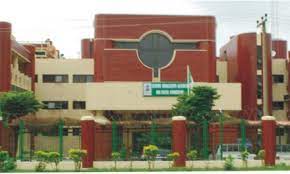 The committee, led by Yuguda Dubal, RMAFC chairman, made the pledge to Simon Lalong, the Plateau State governor, during an assessment  visit of all the projects the government intends to fund with the money.
Dubal, a former deputy governor of Borno State, said the visit was part of the process required for accessing the requested funds. He also noted that at the end of the exercise, a report will be generated by the committee with recommendations on the appropriate amount the state should access.
The RMAFC chairman further explained that the committee’s recommendations will be transmitted to the commission’s plenary session for concurrence and forwarded to the president for approval before disbursement to the state government.

The committee, he said, would be fair in assessing the state’s request and ensure fairness and equity in making appropriate recommendations in tandem with the requirement by the state.
Business A.M. gathered that if approved, the fund  which is in custody of RMAFC and can be accessed by states once they can convince the commission of the viability of the projects they intend to fund, will be drawn from the Development of Natural Resources Fund as provided for by the Revenue Allocation (Federation Account) Act.
Dwelling on this, Alfred Egba, vice chairman of the committee,  disclosed that it recently received a similar request from Lagos State, adding that documentations were still in progress.
According to Egba, there is enough funds for state governments to access and use for the development of their states as the  federal government is interested in growing the economy. He noted that the moment all the processes are concluded, the committee would do the needful to ensure the president’s approval and release the money to the deserving states.
“There is an urgent need for us to diversify our economy and this government believes so much in this. Ours in RMAFC is to ensure that the right things are done and then the money will be accessed,” he said.
Businessamlive Website Stats