A 2020 report by the Nigerian Living Standards Survey (NLSS) recorded a poverty line of N137,430 for each person per year, translating to an average of N376 per day which leaves Nigeria’s economy characterised by low productivity and wages in the informal sector, inappropriate macroeconomic policies, economic degradation, inadequate opportunities in employment, poor use of resources and infrastructure, inadequate policies and other individual economic woes. 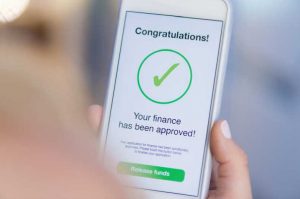 In the face of rising unemployment numbers, currency depreciation, economic downturn precipitated by the coronavirus pandemic, the rising prices of essential commodities, Nigerians have continued to bemoan high rates of interest from digital lenders while using various loan platforms in their quests to cater for their immediate financial needs and challenges. However, with poverty and unemployment now pervasive issues in the country, the average citizen is often subjected to harsh financial and economic challenges, clinging desperately to any bailout, albeit temporarily, just to make ends meet and survive daily.

The prevailing economic conditions have made the average Nigerian unable to provide bank-required collateral or meet up with tedious loan requirements of most financial institutions. This has left many without any option but to cling to the fast-growing collateral-free digital lending or loan apps to access emergency funds and cater for personal expenses within a short period of time, an increasing phenomenon in the past few years.

Internet banks and collateral-free digital loan apps such as 9jaCash, C24, Branch, Carbon, Easycredit, LCredit, Fairmoney, Kiakia loan, OKASH, PalmCredit, QuickCheck, Renmoney, Sokoloan, XCredit and a teeming host of others, have risen to assuage emergency financial turbulences of individuals depending on their credit score or worthiness and consistent patronage.

However, a requisite to accessing loans via these platforms come with the provision of personal information such as BVN, house address, and debit card details including the PIN.  Most often, the loan apps, if granted permission, have access to the applicant’s phone contacts and other sensitive information on the applicant’s mobile device. Consequent to fulfilling the requirements, one is only able to request for an instant loan ranging from as low as N2,000 and as high as N500,000 within minutes depending on the financial capacity of the company, interest rate and applicant’s creditworthiness which is calculated by the company. In furtherance to this, applications can be made any time of the day and monitored by the applicants from the comfort of their homes.

A survey by Business a.m. on the issue amongst Nigerians, found that despite the numerous advantages and stress-free offers these online loan platforms possess, some have reportedly plunged many Nigerians deeper into the abyss of poverty and worse conditions.

Recounting his experience using one of the loan apps which he downloaded via Google PlayStore, Azubuike Ezeala, a computer salesman, said it is a great offer for anyone that needs a quick loan. He added that it took him less than five minutes to get a substantial loan when he was in a dire financial challenge.

On the flip side, however, Seun Adekola, a secondary school teacher described taking loans online as an awful decision, stressing that rather than cushioning financial turbulence, it increases one’s financial burden as the companies collect high-interest rates from customers, depending on the loan duration. Adekola said he borrowed N13,800 from LCredit, an online loan platform, for which he was expected to refund N18,222 within two weeks.

“This is not helping the poor. I regret using the app. I felt cheated. I need clarification as I am not convinced their system is working correctly,” he bemoaned.

Sharing a similar sentiment, Sophia Opusunju, a 300 level English student at the University of Lagos, said the interest rates of online loan platforms are ridiculously high. She added that many of their features are not financially friendly and it is better one seeks other alternatives than fall victim to their debt traps.

“One has to be careful about permissions granted to any loan app because some of them have been programmed to automatically pick your contacts and send out embarrassing messages to your contacts once you default,” she warned.

Moses Asuquo, a QuickCredit applicant said the loan site disburses loans on time but making repayment is often an issue. “I made a repayment to the account number available on the app but it took days for it to be confirmed,” he said.

For Mathilda Umoh, an  EasyCredit user, she made her loan repayment through her debit card and the exact refund amount was deducted from her account. She was, however, taken aback when one of the company’s staff called days later telling her she still defaulted on her loan obligations. She ended up making the repayment twice but vowed never to use the app again.

Abimbola Dorcas, who once patronised  Sokoloan, a subsidiary of Soko Lending Company, said the app provides good services but has abusive and bad-mannered workers who would eventually cause very big damage to the business owner.

“If my loan is overdue, I believe it is against me because more charges will be added and I will have to pay, which is a bonus to the company, but I believe if the workers feel the right thing to do is abuse me even after paying, then I believe that’s not good for the company,” she remarked.

Narrating a worse experience to a Business a.m. correspondent, another Sokoloan subscriber who spoke under anonymity, described his experience as the most shameful and traumatising moment of his life. According to him, he had previously applied for loans from the platform on three occasions without defaulting until the moment he borrowed N18,000 to complete his rent of which he was expected to repay N26,654 within fifteen days. When the payment date elapsed, he was unable to repay as he thought he would. He notified the company through the customer care unit, pleading for an extension not minding the penalty charges but the plea fell on deaf ears as he was told to repay his loan immediately. A day later, he received several calls and messages from his phone contacts who confirmed they received messages from the loan company tagging him ‘a wanted criminal who eloped with the company’s money and warning the contacts against having any dealings with him.

“Despite the embarrassing messages which to an extent damaged my reputation, I was charged a penalty fee and eventually paid N26,000 a week later but the damage had already been done to my reputation,” he lamented.

Business a.m. reached out to Sokoloan on the issue and a representative, who chose to speak under anonymity, pointed out that managing loan accounts have often proved difficult as some customers collect loans with intentions not to repay.

This, he explained, puts the loan facilitators on a “hot seat” as they are pressured to take every available measure to ensure the customer repays.

Adeniyi Adeleye, a public relations expert further explained that loan applicants are often in a rush to collect loans and agree to the terms and conditions without a proper understanding of what it entails, only to cry foul when they default.

Ayokunnumi Olugbemiro, managing director, Liberta Leasing Ltd Nirra, a consumer finance company, stated that loan apps were not established to give out loans just because they want to push out money. Rather they are expected to disburse loans because the customer meets requirements and has the capacity to pay back.

“So many loan companies fail to properly scrutinise customer’s capacity to make refunds within the stipulated period. This has led to a high default rate which has affected many loan businesses negatively,” she noted.