The Ship Owners Association of Nigeria (SOAN) and the Association of Government Approved Freight Forwarders (NAGAFF) are among the maritime stakeholders slated to appear before an investigative hearing of the Senate joint committee on Navy and Marine Transport, which are currently probing the disagreement between the Nigerian Ports Authority (NPA) and Ocean Marine Solutions (OMS) Limited, over the Secure Anchorage Area. 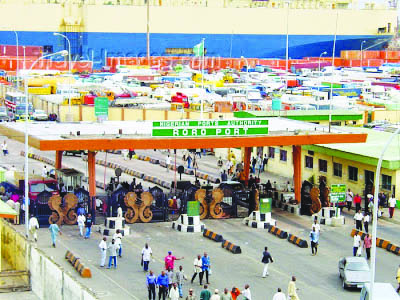 Other agencies expected to appear before the committee are Nigerian Maritime Administration and Safety Agency (NIMASA), the marine police, Nigerian Navy, Nigerian Shippers Council, Federal Ministry of Transportation, and the two parties involved in the imbroglio, NPA and OMS Limited.

Both SOAN and NAGAFF have been asked to send 30 copies of memorandum to the Senate committees before the dates of the hearing, which comes up between November 26 and 28, 2019 at the New Senate Building in Abuja.

Business a.m. sighted a letter demanding a memo on the matter from NAGAFF, which indicated that the Senate had mandated the committees on Navy, Marine Transport and Finance to carry out a comprehensive investigation on “this lingering infraction among the agencies; legality of the operations and the revenue implication thereof.

“Consequent on the above and by the provisions of sections 88 and 89 of the 1999 Constitution of the Federal Republic of Nigeria (as amended), you are to submit 30 copies of memorandum detailing your knowledge of the activities at the Safe ANCHORAGE area of Lagos Ports to the joint committee,” the letter reads.

Uche Increase, president of NAGAFF, recently spoke to journalists on behalf of Nigerian shippers and freight forwarders, and called on the federal government to stop the NPA from dismantling the Secure Anchorage Area (SAA) operated by OMS Limited, which provides security to ships coming to the Apapa and Tin Can Island ports in Lagos.

He maintained that contrary to claims that the SAA was leading to increase in cost of shipping, security of ships at the SAA by the Nigerian Navy, using platforms provided by Ocean Marine Services (OMS) Limited was helping multinational shipping lines to save a whopping $225,000 on one journey to Lagos ports.

The NAGAFF boss said stakeholders were baffled that the NPA, which was part of a tripartite committee on maritime security that created the SAA in 2014, now wants to dismantle the facility, where ships coming to Lagos ports are well secured. Increase, who leads the largest association of international trade experts in Nigeria, said it had become very necessary for the shippers and freight forwarders who use the services of the multinational shipping lines to speak up and resist the dissolution of the SAA. He said, “If we do not add our voice to clarify the facts at this point, the government may be misled and the country will be worse off as far as maritime security is concerned. We do not want this SAA to be disrupted so as not to expose our cargoes to the risk due to hijacking of ships and kidnapping of crew. If the SAA is disrupted, ships will now again, begin to go to neighbouring ports of Cotonou, Togo and Ghana. We don’t want to go back to the old order. We are asking the federal government to look critically on this issue so that the SAA is not dismantled.

“We understand that the SAA is a child of circumstance created after a steering committee set up in 2013, by the Nigerian Navy, NPA, NIMASA, Department of Petroleum Resources (DPR) and other agencies of government that are stakeholders in the maritime environment.”