Nigeria maritime industry stakeholders have begun review of  Draft National Maritime Transport Policy (NMTP) to ensure it is elaborate enough to drive the growth of the maritime sector and as well stand the test of time. 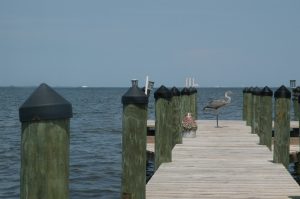 Dakuku Peterside, director general of the Nigerian Maritime Administration and Safety Agency (NIMASA), while speaking at the review, said a national policy on maritime and cooperation among stakeholders in the industry would go a long way in placing the sector in a pedestal that would lead to economic growth.

Speaking at the opening of the session, Dr. Dakuku who was represented by the Agency’s , Mrs.  said that it is in the usual way of the Agency in engaging stakeholders especially as it concerns documents that would benefit the sector.

“In our usual way of ensuring that the sector is stakeholders driven, we feel this document would benefit all the players in the industry and that is why we have gathered you here to make input on this document so that we will be on the same page when it is time for the implementation of the content,” said Dakuku, who was represented by Ronke Thomas, NIMASA’s head of Planning Research and Data Management Services.

In her view, Ufom Usoro, secretary-general of the Abuja MoU, noted that the document should be reviewed with particular focus on the National Transport Policy (NTP) which is at the final level of approval by the Federal Executive Council.

The former NIMASA DG pointed out that having been a member of the committee that drafted the NTP, that there was the need to make reference to the document while reviewing the NMTP. She advised that the NMTP should focus more on objectives of the Maritime Sector and not the Agencies that regulate the sector.

In the same vein Barrister Temisan Omatseye also a former DG of NIMASA said that the NTP is at an advanced stage, he disclosed that there is even a strategy already in place for the implementation of the document. He advised that the NMTP should be embedded in the NTP which will make it more comprehensive and elaborate.

It should be noted that this is the latest in the collaborative efforts championed by NIMASA in the maritime industry. The session had in attendance key stakeholders such Andrew Isichei and Mrs. Obiageli Obi of the Nigerian Chambers of Shipping.

Others are Barrister Chidi Ilogu, Ms. Funmi Folorunso, Otunba Kunle Folarin as well as representatives from the Maritime Workers Union, the Nigerian Merchant Navy amongst other attendees.