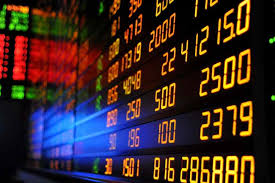 U.S. stock index futures dipped on Thursday, after a solid four-day rally, as lack of details on U.S.-China trade talks gave investors pause, while retailers came under pressure after a couple of disappointing holiday-season reports.

Beijing said the talks with Washington were extensive and helped establish a foundation for the resolution, but gave no                            details at end of their three-day meeting aimed at resolving the tariff dispute that has battered financial markets.

Oil prices also edged lower on lack of any clear resolution in the talks, while weak factory-gate inflation data from China and worse-than-expected industrial figures in France rekindled worries about global growth.

Shares of Kohl’s Corp fell 5.2 percent, while those of Target Corp dropped 1.5 percent in premarket trading after the U.S. retailers reported comparable sales for November and December.

The retreat came after the S&P 500’s four-day rally, its longest in nearly four months, took the benchmark index more than 10 percent above the 20-month lows hit around Christmas.

Those gains were on hopes of a trade deal, strong U.S. jobs data and recent indications that the U.S. Federal Reserve is in no rush to raise interest rates.

Minutes from the Fed’s most recent meeting, released on Wednesday, showed policymakers want to be patient. Investors will tune into Fed Chair Jerome Powell’s speech before the Economic Club of Washington to see if the same tone continues.

Among the bright spots, Ford rose 0.5 percent after announcing thousands of job cuts, plans to exit unprofitable markets and discontinue loss-making vehicle lines as part of a turnaround effort in Europe.