TATUP International Services Limited (TISL), a financial technology company in Nigeria has launched its cash deposit token and voucher cards, which facilitate self-enabled cash deposits and transfers outside of the banking halls with seamlessness and convenience. 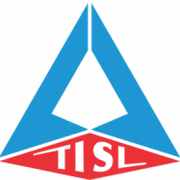 The launch was held Friday in Lagos, and saw the brand unveiling, product presentation of the TATUP cash token service as well as the official unveiling of the company’s licenced franchise holders and dealers.

The company at the launch, which was covered by Business A.M, explained that with the product, it strives to eliminate the barriers that exclude people from participating in the financial sector and it is, therefore, using these services to improve their lives. Thus, convenience is offered to Nigerians, affording them the opportunity to do banking activities by themselves.

Speaking at the launch ceremony, Etuk Happiness, the chief executive officer and executive chairman of TATUP International Services said the occasion was held to showcase the beginning of new technology in the financial services sector and that it is the first of its kind in Nigeria.

“We have looked at the problems in the financial services sector and have decided to solve part of the problems; of which TATUP will solve eighty per cent of the entire problem. With the TATUP cash token service, there will be decongestion of the banking halls, nullification of time and money-wasting and the achievement of stress-less transaction. This event was held to unveil the birth of a new product in the financial services sector and it is the first of its kind in Nigeria. So today, we are gathered for public awareness.”

“Furthermore, there is the general acceptance of the product, which we have seen to be awe-inspiring and here, we can say that it will positively impact the nation’s economy as we thrive to create over 20 thousand jobs in the space of 12 months as we also unveil the product in other states in Nigeria. However, as an emerging market, we are here to serve the underserved and the unbanked population in Nigeria,” said the company president.

Also speaking at the occasion, James Okocha, vice-chairman of the company, said TATUP as a Fintech has come to solve a problem, bringing convenience to the processes of transactions which can be done with your mobile phone anywhere or time around Nigeria. He also disclosed the company’s drive to create jobs by recruiting thousands of agents nationwide as part of the vision from the ideation stage.

“At this point, I will say TATUP has come to solve a problem and bringing ease and convenience like never before in Nigeria to the process of transactions as ought to have been done in banks. With TATUP cash deposit, the service fee charged is low and very competitive as compared to other players in the industry.  The dream is to transform all mobile phones into something more like automated teller machines (ATMs),” Okocha said.

“One of the unique things about the TATUP platform is that it has the authentication technology which switches automatically to correct errors that may arise in the process of transactions. TATUP has the licensing of the Central Bank of Nigeria and is in a partnership that has been signed with UBA for the deployment of all equipment and required branding tools to our agents and franchisees. The technology is secured firmly to the point that it cannot be hacked. Also, we have every security checks intact as a way to mitigate the ill locks of money laundering and all forms of fraud,” he said.

Ijezie Okwudili, founder and CEO of I & I Investment Limited, TATUP’s licenced franchise holder for Lagos East and the South Eastern region of Nigeria, said the new financial technology can be regarded as the new oil in Nigeria in which anyone who taps into it will benefit immensely with the goal of becoming a wealthy investor in Nigeria.

“Whenever we see a great innovation, we have to embrace it and never undervalue it. TATUP is a great innovation which we can describe as the new oil on which I will urge every one of you here to tap into because, in few weeks or months time, it’s going to be everywhere while those who took the ample opportunity now will begin to benefit from it soon. I am in this business as a franchise holder because I can collect my cash myself from anywhere, if I needed to do transfer from the comfort of my bedroom with a laptop, I can send money anywhere in the world,” he said.