All companies need to do is give employees permission to generate ideas and nudge them in the right direction – then get out of the way, said Ben Bensaou in a Thinkers50 webinar.

Think “innovation” and what comes to mind? For many, it invariably evokes big names like Apple and Tesla, their epoch-defining products ranging from the smartphone to electric vehicles and genius leaders like Elon Musk and Steve Jobs. But is innovation only for the select few? 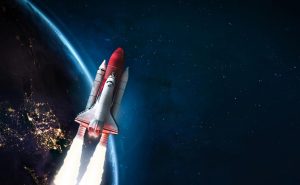 Not at all, according to Ben M. Bensaou, INSEAD Professor of Technology Management and of Asian Business and Comparative Management. At a recent Thinkers50 webinar, Bensaou stressed that innovation is not just about radical creativity or breakthrough products. It can be a systematic habit. It can be applied to a company’s internal processes and functions. It has the potential to bring joy to both customers and non-customers, i.e., suppliers, retailers, regulators, and other players in a company’s business ecosystem.

“Many people have this idea that you need to have a genius leader or to be a start-up to innovate. It’s not true,” said Bensaou, whose book Built to Innovate demystifies innovation and shows organisations how they can develop an innovation engine.

Even traditional or centuries-old companies are able to innovate, he said. “This is innovation driven by everyone in the organisation, not just the genius leader or R&D capability.”

The tools of innovation

To get there, companies should first recognise that every employee has the potential to generate ideas and, importantly, give them the permission to do so. Bensaou said he tells senior leaders or middle managers, “if you want your people to innovate, just give them permission and get out of the way”.

The innovative potential of each employee stems from the fact that everyone has a customer, Bensaou noted, whether it’s an external customer or internal one in the form of other departments or business units. Innovation – or innovating, as Bensaou prefers to call it, to stress the behaviour rather than its result – then boils down to how the company can create value for the customer.

The second one is the silence of the customer. Bensaou explained: “This is the need or the problem the customer doesn’t tell you… either because they’re not aware of it or because they don’t think it is your problem to solve.”

Take Kordsa, a Turkish manufacture of tyre-reinforcing fabric. The company would send cross-disciplinary teams to customers’ plants for days at a time, said Bensaou, during which team members interviewed and observed employees to better understand their lives and their “jobs to be done”. On one such mission a Kordsa team noticed that the plant’s workers were unloading huge rolls of fabric with much difficulty.

“The customer never told them about that problem, ” observed Bensaou. But through listening to the “silence” of the customer, the Kordsa team developed a small routine that enabled the client company to perform the same unloading chore with one worker instead of three, and in just 12 minutes instead of 90.

Kordsa’s experience also highlights how innovation need not be radical, said Bensaou. “This is not changing the structure of the industry. The innovation can be in the process.”

Finally, frontline employees need to learn from non-customers, a term Bensaou uses to refer to suppliers, retailers, logistics companies, regulators, influencers, subscribers and other stakeholders of the company. “Look for weak signals – discover whether there’s somebody within your ecosystem who could benefit from innovation,” he said.

He cited the example of Ecocem, a Dublin-based cement manufacturer. Spurred by founder and managing director Donal O’Riain, the small company developed a cement substitute that was just as strong as traditional cement products but with a much smaller carbon footprint. O’Riain understood that for Ecocem’s product to stand out from the competition, the company needed to win over the industry regulators, who are powerful market influencers. “This is creating value for the regulators, not the customers,” said Bensaou.

O’Riain took more than four years to do this, including roping in scientists as part of efforts to convince French regulators to certify Ecocem’s product as high-quality cement. The effort paid off: Regulatory approval paved the way for the product to be accepted around the world. The company is now firmly positioned as an environmentally conscious organisation whose range of innovations are helping customers meet their key sustainability targets.

Middle managers are the spark

While the success of Ecocem and Kordsa seem to be driven by top leaders, middle managers are really the spark of any organisation’s innovation engine, observed Bensaou. All they need to do is to ignite the desire to innovate among their reports by giving them permission to innovate and, when they come up with ideas, nudge them in the right direction.

A Japanese manager who trained under Bensaou did just that with his team. He kickstarted a culture of innovation with a simple behavioural change: Whenever one of them raised an idea, he would acknowledge it and support it by saying: “Thank you for giving me the idea.”

Before long, more and more members were speaking up and approaching him with ideas. So he took it a step further by asking them to ponder why a customer would like their idea, and why the company should invest in it.

“A middle manager can, with micro behaviours, small things… change the culture in the team,” Bensaou concluded. He suggested that managers integrate innovating into frontline workers’ regular routines. For example, make it a requirement that they spend two hours with a customer every month to listen to their needs, spoken or unspoken. The rewards will come soon enough.