Toyota Nigeria Limited (TNL) and one of its dealers, Globe Motors Holdings Ltd (GMHL) have decided to severe ties due to the violation of a dealership agreement between both parties. 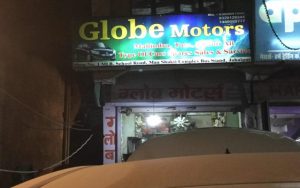 The Details: It was gathered that both parties chose to terminate their longstanding partnership of 25 years over warranty issues.

What this means: Globe Motors can no longer participate in the sale of Toyota vehicles, service and parts, thereby shortening the number of accredited Toyota dealers to seven in Nigeria.

Commenting on the relationship, the source said, “The relationship has waxed stronger over the years with a steady expansion of the models/variants marketed by TNL and we would never compromise on this.”

Globe Motors responded that it was unfazed about the whole development. Nevertheless, it asserted its strength as the biggest importer of Toyota vehicles in the last 25 years.

What you should know: Toyota is especially known for its genuine manufacturer’s warranty offer on vehicles and parts; repair services by Toyota Japan trained technicians, technical support on repairs and business expansion, tropicalized vehicles designed for Nigerian market and road conditions, among others.

Toyota Nigeria Limited (TNL) was licensed as the sole authorized distributor to sell and promote vehicles and parts on behalf of Toyota Motor Corporation (TMC) of Japan.

About Toyota Nigeria Limited: The Toyota brand was first introduced into Nigeria in 1965. By 1976, the number of Toyota distributors had grown to five.

This consequently paved the way in 1996 for Toyota (Nigeria) Limited (TNL) to commence operations as the exclusive distributor of Toyota Motor Corporation in Nigeria. In its early days in Nigeria, the Toyota brand had to strive for acceptance, particularly in the face of stiff competition from the established brands at the time.

The company’s journey began in March 1984 when Founder and Chairman, William Anumudu, registered the company with a mission to transform the underserved Nigerian automobile industry. Over three decades later, Globe Motors has surpassed its initial aspirations and the company continues to set the pace in the evolution of the country’s automobile sector.