By Omobayo Azeez
The outlook for the global economy has deteriorated significantly due to the escalation in the US-China trade war, Fitch Ratings says in its new Global Economic Outlook (GEO). 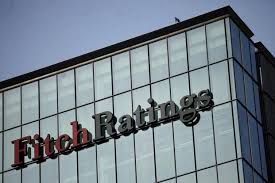 Consequently, the firm forecast world growth next year to fall to the lowest rate since 2012.
“There can be few precedents since the 1930s of global growth prospects being affected so significantly by trade policy disruptions,” said Fitch chief economist, Brian Coulton.
Fitch’s world GDP growth forecasts for both 2019 and 2020 have been lowered by 0.2pp since the June GEO in response to the sharp escalation in the US-China trade war over the summer.
Global growth is projected to fall to 2.6 per cent this year and to 2.5 per cent next year from 3.2 per cent in 2018.
This would be the slowest pace of expansion since 2012 when the Eurozone crisis was at its peak.
“The current global slowdown is highly synchronised with 19 out of the 20 countries covered in the GEO expected to record lower growth in 2019 than last year. Our growth forecasts for 2020 have been revised down for no less than 16 countries since June.
“China’s 2020 growth forecast has been revised down to 5.7 per cent from 6.0 per cent and the Eurozone forecast has been cut to 1.1 per cent from 1.3 per cent cent in June. The US 2020 forecast has also been lowered by 0.1pp to 1.7 per cent,” Coulton stated.
According to Fitch ratings, new US tariff measures announced in August will result in the effective tariff rate on Chinese imports rising to nearly 25 per cent by the end of this year.
The new measures, it stated, represent a shock that is three-quarters of the size of its projected previous ‘worse-case’ downside scenario for the trade war.
“China will ease domestic macro policies to a degree in response to decelerating growth but we do not envisage an aggressive credit stimulus, as policy makers continue to balance growth and financial stability considerations.
It further stated that lower growth in China will prolong the slump in global trade and manufacturing, which will, in turn, continue to pressure the Eurozone expansion.
“Germany has been particularly affected due to its highly open economy and we anticipate a technical recession in 3Q19.
“The US is not immune, with exports, manufacturing and business investment deteriorating. However, its more ‘closed’ economy – external trade accounts for a relatively small share of GDP – continues to see robust consumer spending, a tight labour market and expansionary fiscal policy and we envisage a slowdown rather than a recession ahead.
“The U-turn in global monetary policy direction was completed in 3Q19 with two interest rate cuts from the Fed, one interest rate cut from the ECB and the ECB announcement of a restart of Quantitative Easing (QE) asset purchases on an open-ended basis.
“Global central banks have delivered the most rapid and geographically broad-based shift to monetary policy easing since 2009,” according to Coulton.
Nevertheless, Fitch  does not envisage recent mid-cycle ‘insurance’ based rate cuts from the Fed to mark the beginning of a protracted series of rate cuts and we expect the Fed to remain on hold through 2020.
According to Coulton, there are also doubts as to how effective monetary easing can be in an environment of sharply rising trade policy uncertainty and its deleterious impact on business investment.
The financial market implications of the monetary policy turnaround have been pronounced though, as evidenced by the sharp decline in global bond yields. The impending return of sizeable global QE asset purchases in 2020 has been an important contributing factor,  the analyst explained.