Hope was rekindled about Nigeria’s urban transformation as the plight of an urban community in Lagos, about adaptation to the demands on urban environments globally, was at the core of an international conference on ‘Sustainable Cities’ held recently. What was described by the organisers as the first in what promises to be annual events was a bold step to discuss issues of existential importance to the burgeoning urban Lagos, with particular attention to Iruland, straddling Victoria Island and Lekki axis of the state. 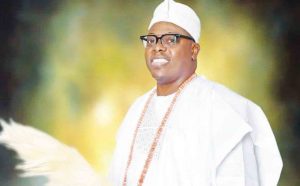 Convened by the HRM Abisogun II Foundation (HAIIF) for Peace and Development, a private, non-partisan, non-religious and non-governmental organisation (NGO) established by the Oniru of Iruland, HRM Oba OmogbolahanLawal, the conference held online, drew participants and resource persons from far and wide, from public sector to private operators, from the business community to the academic community.

It underscored the passion of Oba Lawal for a balanced transformation of Iruland in economic and environmental terms as well as the sustainable development of his domain in particular and Lagos in general. The Oba, coronated less than a month ago, has shown his penchant for modernity and green economy by focusing on how to make Iruland prosperous as well as business and environment-friendly.

Speaking under the theme of “Building Sustainable and Resilient Communities in the New Normal,” Dr. Phillip Rode of the London School of Economics observed the need to recognise urban poverty. According to him, cities are centres for wealth creation as well as centres of inequalities. In the cities, he said, land is limited in supply. In a veiled reference to Lagos metropolitan transportation, Dr. Rode pointed out that the future is not road transportation or private car ownership, a statement that was also emphasised by the Governor of Lagos State. 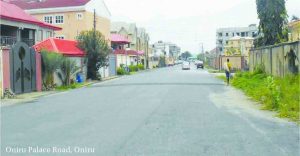 On a positive note, however,Dr. Rode said “cities help to reinvent the way decisions are made.” His statements seem to resonate well with HAIIF’s core values.

Mr. Joseph Makoju, representing AlikoDangote, described HAIIF as “very novel in this part of the world” as it was established “to deal with contemporary developmental and social challenges.” He called for “creativity, innovation and synergy… doing more with less” and channeling “resources to the weak and vulnerable in our society.”

AbiolaDosumu, a woman traditional leader, argued that, instead of infighting for superiority among traditional rulers or of clamour for inclusion in governance by older traditional rulers, much can be done through an initiative such as HAIIF’s. She reasoned that much can be realised from water transportation and tourism if developed. She suggested the setting up of a trust fund for the promotion of training and job security.

The relevance of the conference was summarised by AdejokeAdefulire, a presidential advisor on Sustainable Development Goals (SDG) who emphasised that the SDGs allow for partnership, especially the kind that HAIIF was embarking upon, involving the partnership of a traditional institution with the government to bring about urban renewal and development.

FolushoOlaniyan, business executive, consultant and resident of Iruland, said a lot of power and goodwill are attached to the traditional office. She observed that, in addition to their permanence, the people trust them. Therefore, for government policies and laws to be implemented, government needs to work with the traditional institutions. Olaniyan therefore recommended that governments should set up community liaison offices for handling a variety of issues.

The conference chairman, OlawaleEdun remarked on the paradox of the Coronavirus pandemic, saying that it proved successful in saving the environment as the lagoon became blue again as a result of the restricted human activities during the lockdown – a pointer to a reduction in water pollution near urban Lagos.

Solape Hammond, representing Lagos State Governor BabajideSanwo-Olu, in her reference to the Lagos State resilience strategy, launched earlier this year, said “whatever we are doing today in the area of urban renewal, education, health, transportation or waste management must be able to address the needs of the anticipated growth in population.” Hammond agreed that dependence only on road transportation in Lagos is unsustainable, stressing that the state government is exploring alternatives such as rail and waterways.

Dr.TaibatLawanson, who moderated at the conference, reiterated, among other comments, that “population growth is an urgent issue we must plan for.” Overall, an awareness created through the conference is expected to lead to a flurry of sustainable development activities, first within Iruland and subsequently in other parts of Lagos. The initiative is expected to gain global attention and relevance soon.