U.S. stocks edged lower after a three-day rally, while the dollar surged amid concern a trade deal with China remains elusive. The pound fell as the Brexit saga rumbled on. 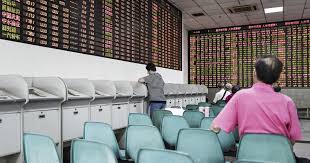 The S&P 500 fell amid news a meeting between President Donald Trump and President Xi Jinping to sign an agreement ending the trade war is now likely to happen in April at the earliest. The index had jumped 2.5 percent in the prior three days, pushing past the 2,800 level that had capped prior advances. Consumer and industrial shares led the drop.
“Most analysts believe a China trade deal is fully priced into the markets, which can mean only one thing — if there’s a wild card lurking, it would be the emergence of a negative surprise,” wrote Greg Valliere, chief U.S. policy strategist at AGF Investments, in a note Thursday. “While we expect a signing ceremony by later in the spring, the idea that a final pact can be completed by the end of this month is optimistic, to say the least.”
Currency traders have boosted sterling short positions even as it rallied
The yuan weakened. Treasuries erased a drop and the dollar gained, holding those moves as data showed U.S. unemployment rose to a four-week high. The Stoxx Europe 600 Index climbed, with shares in the U.K. also rising after a night of voting that saw the British government once again defeated in Parliament over Brexit. Equities rose in Hong Kong, while they slid in China after industrial production numbers missed expectations.
Investors have a lot to grapple with just now. U.S. stocks have extended gains this week as economic data comes in neither too hot nor too cold, while traders in Europe on Thursday seemed to be shrugging off more warning signs from the region — perhaps because of hopes Brexit can be delayed or derailed. Figures suggesting China’s slowdown deepened in the first two months of the year added to reasons for caution following this quarter’s rebound in Asian shares.
The pullback in sterling follows a big rally on Wednesday. U.K. lawmakers have rejected the idea of tearing the country out of the EU with no agreement, and Prime Minister Theresa May is said to be planning to seek an extension to the March 29 Brexit deadline lasting about two months.
Elsewhere, oil rose in New York. Gold fell and copper was dragged down by the Chinese data. Emerging-market currencies and shares edged lower.

Nigeria’s current account surplus seen dipping to 1.2% in 2018 on expected build-up in imports

Bank accounts without tax verification to remain beyond January 2020

Nigeria’s e-commerce market seen growing by N15.5trn in next 10 years