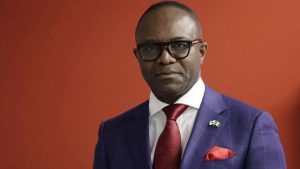 igeria still flares 800 million standard cubic feet of natural gas daily, despite the persistent call for an end to the practice, whose negative economic and environmental effects cannot be exaggerated.

This issue of gas flaring has been approached from various perspectives – from gas flaring charge, to permit from the petroleum minister for reinjection, and most recently, monetization – but all these initiatives are yet to pay off as the country occupies sixth position on the global gas flaring ranking, according to the World Bank gas flaring reduction report.

However, it may just sound odd, but business a.m. understands that giving ultimatum might just be a new policy government is considering to deal with this problem. Ibe Kachikwu, the minister of state for petroleum resources, said that oil companies that fail to stop gas flaring by 2019 would have their licenses revoked. Now, that is indeed an ultimatum and it might just be possible he gets his way.

Energy experts have expressed huge disappointment over Nigeria’s inability to adequately convert its natural gas into energy for its citizens.

NJ Ayuk, who spoke to business a.m. on gas development in Nigeria said, “I’m disappointed in what Nigeria has done. Nigeria is not an oil country, it is a gas country. Think about it, 190 trillion standard cubic feet of gas, and Nigeria is doing nothing. Why do you still have power outages in Nigeria when gas can be used to power the country, when Nigeria can use the gas for transportation, for petrol-chemicals, and you are not going to build or industrialize Nigeria with generators, and to make matters worse, it is being flared, so Nigeria has a lot more to do.”

Kachikwu said the continual gas flaring is as a result of private sector unwillingness and the upstream companies used to taking the short cut. He explained that there has been a cold war between the Federal Government and the upstream oil companies as a result of gas flaring, saying while government has been eager to bring the menace of gas flaring to an end, the oil firms are pre-occupied with making excuses for continuing the flaring.

“Government wants to end flare, but the oil companies still give lot of reasons why flare cannot be ended. The bottom line is cash call and money. But the reality is that whether or not we deal with cash call issues, it is not an optional agenda, it is a compulsive immediate agenda.

It is destructive to the populace; it is intolerable in developed country and it should not be tolerable here either,” he stressed.

“NNPC also reported that oil and gas companies owe $14 billion in fines for gas flaring between 2008 and 2016 and it is so low, which is why they are willing to pay $14 billion in 8 years and not get worried,” he lamented.

Kachikwu also said that any oil company that cannot find a way to end its flare ought not to be producing.

“I have said to the Department of Petroleum Resources (DPR), beginning from next year, we are going to get quite frantic about this and companies that cannot meet with extended periods, the issue is not how much you pay in terms of fines for flaring, the issue is that you would not produce. We need to begin to look at foreclosing of licenses. This is very urgent,” he added.

BudgIT also carried out its own analysis the result of which revealed that the volume of gas flared reduced by only 38.06 percent between 2001 and 2016, but the World Bank said it increased in 2017. This implies that oil companies invested more money in gas production activities and are less concerned about sufficiently investing in technologies and infrastructure to control gas flaring.

He added that the gas infrastructure improvement programme has the potential of attracting between $20 billion and $30 billion investments into the petroleum industry and also help in addressing the infrastructural deficiencies in the industry.

The gas flare commercialisation programme would require the future renewal of oil and gas licenses and the assessments of the gas components and gas flare rate of each company seeking renewals.

“Some of the ones that have come recently for renewals have insisted that they are building massive gas processing plants  and we are going to follow this right through, so that the supply obligation, the processing facility, the treatment of gas; their submissions  are very accurate and very aggressive,” the minister of state added.