A recent report by Nilson has revealed that a growing number of cryptocurrency exchanges, brokers, and payment platforms see partnerships with MasterCard and Visa prepaid card issuers as the answer to digital currency sponsorship; as these Fintechs have the option of forming partnerships with an existing issuer who will sponsor cards with their bank identification number (BIN) or by becoming a principal member of the card networks. More than a handful of companies have formed BIN sponsor partnerships. 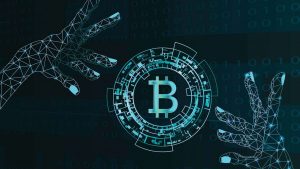 According to brokers, the combined market capitalization of cryptocurrencies worldwide top $250 billion with more than 50 million people globally owning one or more units of the over 5,500 cryptocurrencies currently available for trading.

Cryptocurrency has been around for a dozen years, and the number of consumers in North America, Asia, and Europe holding these assets in digital wallets, have doubled in the last three years, the report noted, adding that most traders buy Bitcoin (BTC), Ethereum (ETH), Ripple (XRP), Tether (USDT), and other cryptocurrencies as an investment.

It stated that when those assets increase in value, owners look to access their gains by spending in the physical world; and to do that, they need to convert their digital currency to a fiat currency because less than one per cent of merchants worldwide accept cryptocurrencies as a medium of exchange for goods and services.

A deeper look at the report revealed that only two Fintechs have succeeded in becoming principal members, although others are likely to reach that status by the end of 2020, it stated, and adds that principal membership is granted to these companies using the same vetting procedure any other entity would undergo.

It listed the process to include:

In spite of the model, all transactions on the Visa and MasterCard networks occur in a fiat currency after a conversion has occurred from the cryptocurrency.

It disclosed that Wirex, a U.K. based Financial Conduct Authority-regulated payment platform operator was, among other cryptocurrency firms, the pioneer in forming partnerships with card issuers, when it started offering a Visa prepaid card in 2014 supported by Contis, a card account processor that also owns an e-money license from the Bank of England.

Wirex entered the U.S., Canada, and Asia-Pacific markets in 2019 in partnership with card account processor i2c and card issuer, Wirecard (only in Asia-Pacific). There are three million Wirex cardholders worldwide. MasterCard has approved Wirex as the first cryptocurrency company to be accepted as a direct card issuer in its global network. There are several companies like Wirex in MasterCard’s Accelerate programme.

Also, Coinbase, a cryptocurrency exchange, was the first native cryptocurrency firm to become a member of a global network. It joined Visa in February, 2020. Coinbase claims 35 million customers, while Visa cards are available in 29 countries, with most cardholders located in the U.K., Italy, Spain, and France.