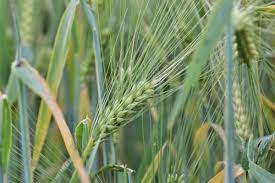 The price rally, according to market reports, is a result of poor harvest yields and reduced quality in Europe and the Black Sea region, as well as the latest report by the United States Department of Agriculture (USDA) predicting a shrinkage in US spring wheat production to its lowest in 33 years.
Wheat crop expectation of Russia, Europe’s largest producer, declined following reports of disappointing yields in Southern Russia, while Ukrainian wheat export prices also rose due to harvest uncertainty in the Black Sea region.

Additionally, the USDA rated 63 percent of spring wheat recently harvested as “poor” or “very poor”, eight percent worse compared to 55 percent recorded a week earlier. Commodity analysts asserted that the USDA’s report was driving gains as traders lowered global supply estimates.
For other grains, the USDA maintained its good/excellent score for US corn at 65 percent, while the soybean quality rating recorded a one point improvement to 60 percent.
CBOT corn climbed 1.6 percent at  1.6% at $5.61-1/4 a bushel while soybeans were up 1.4% at $13.91-1/4.
Analysts said the corn market is being monitored in Brazil, the world’s second largest producer,  as farmers in the corn belt of  the South American country bring in a second corn crop expected to drive corn prices in a few days.
Businessamlive Website Stats