The spotlight in the phone industry seems to have changed direction, with the ray now focused on a new found engrossment,  Xiaomi, a Chinese smartphone maker after it overtook Samsung as leader of the world’s smartphone market. 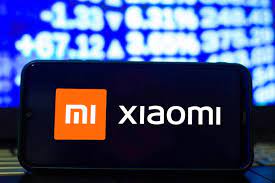 Reports by Counterpoint Research shows that Xiaomi took control of 17.1 percent of the global market, 1.4 percent more than Samsung’s 15.7 percent share during the month of July.

In spite of not doing business in the US, Xiaomi has been able to hit growth milestones through its aggressiveness in its home market of China, which remains the world’s biggest smartphone market as well as other major markets like India.
In the second quarter of 2021, the Chinese phone maker had clung on to the  second spot, marking the first time the smartphone maker topped the chart. The smartphone maker covers most segments of the market with its 58 smartphone models as its products include affordable state-of-the-art foldables like the Mi Mix Fold and flagship phones like the Mi 11 Ultra.

Tarun Pathak, Counterpoint research director, explained that Huawei’s decline has been helping Xiaomi grow as it fills the gap created as the sales grew 26 percent month over month, reflecting the boom in the second quarter that saw it sell more smartphones than Apple.
He said, “Huawei’s market share has been plummeting globally as the effects of the multi-year US export ban continues to tear up its appeal. Ever since the decline of Huawei commenced, Xiaomi has been making consistent and aggressive efforts to fill the gap created by this decline. The OEM has been expanding in Huawei’s and HONOR’s legacy markets like China, Europe, Middle East, and Africa. In June, Xiaomi was further helped by China, Europe, and India’s recovery and Samsung’s decline due to supply constraints,”
Will Samsung recover?
According to Counterpoint, Samsung suffered from temporary problems associated with the resurgence of COVID-19 in Vietnam. Hence, the smartphone maker couldn’t match Xiaomi’s growth in the month of July, but that the gap between them is not really considerable.
While production in most of the company’s major phone manufacturing facilities in the country was disrupted in June, which resulted in the brand’s devices facing shortages across channels, Samsung Galaxy S21 sold 13.5 million units during the first half of the year. The previous model, S20, sold in the mid-20-millions, while older Galaxy S models sold around 30 million over the same period, a pointer to the fact that it is likely to miss its sales target. But Counterpoint Research says Samsung would soon recover and once that happens it’s highly likely the ranks reshuffle again.
Apple maintains a third position
With a market share of 14.3 percent during the month of July, Apple remains in the third position – though the figure represents a significant drop from the market share it had at the beginning of the year where it had a market share of over 20 percent.
In spite of the drop, the smartphone’s flagship iPhone product saw significant growth. The company stated that iPhone sales saw a 50 percent growth bringing its revenue to $81.43 billion for the quarter ended June.
Notably, Samsung’s production will likely keep dropping as Xiaomi continues to gain its share of the market if the situation in Vietnam does not improve. But in the case of Apple, it appears that a significant amount of customers are keeping smartphones for longer.
However, since Xiaomi isn’t facing the problems, it may be that availability of lower end 5G smartphones and innovative features have been deciding factors for end-users to upgrade their existing smartphones – as well as that Xiaomi has products that fit that segment.
Businessamlive Website Stats