Uncertainty is weighing on firms in the European Union as economic climate in the EU is worsening and investment by EU firms likely to slow down in 2020, the EIB Investment Report 2019 has indicated. 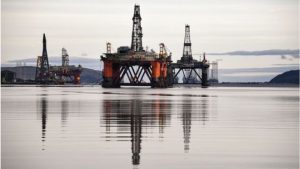 European firms are becoming increasingly pessimistic about the economic outlook according to the new European Investment Bank (EIB) Investment Report 2019/2020. The report also finds that investment in climate change mitigation is lower than that of major economies like the US and China.

Infrastructure investment is stuck at 1.6 percent of EU GDP, the lowest in 15 years and Europe is failing to reap the benefits of digital transformation. The report, which reflects the results of the annual EIB Investment Survey (EIBIS) of 12,500 European businesses, recommends that the EU take advantage of historically low interest rates, increase public investment, catalyse private investment and promote efficient financial intermediation to tackle the slowdown.

Commenting on the report’s findings, Andrew McDowell, EIB vice president  said, “Europe cannot afford to wait out another cyclical downturn. After a lost decade of weak investment, we need to tackle the slowdown now if we are to respond to the historic challenges we are facing. The EIB, as the EU’s financial arm and climate bank, has played a crucial role in kick-starting investment in Europe after the financial crisis and we now stand ready to further support investment for a more sustainable and competitive European economy.”

“We have to accelerate investment to fully exploit the benefits of the digital revolution, realise our climate goals and rebuild Europe’s social cohesion,” said Debora Revoltella, Director of the EIB’s Economic Department, presenting the report. “There is a long list of investments that require public intervention or a private sector that finds the right conditions to overcome uncertainty: firms’ digitalisation, innovation and business dynamism as well as smart delivery of infrastructure and public services, green innovation and energy efficiency, and e-government, e-learning and e-training.”

The report was presented at the EIB’s Annual Economic Conference, which is jointly organised with the OECD, Columbia University and SUERF, in Luxembourg. The conference brought together high-level speakers such Sir Nicholas Stern and Mariana Mazzucato and chief economists of the European Central Bank, European Stability Mechanism, OECD, European Bank for Reconstruction and Development and the World Trade Organisation.

Investment activity in the European Union has now recovered from the last recession, with investment up to nearly 21.5 percent of the European Union’s GDP. This is 0.5 percentage points above the long-term average. However, EIB Investment Survey 2019 data show that EU firms have become more pessimistic about the political and regulatory environment and now expect the macroeconomic climate to worsen. The number of EU firms planning to reduce investment has risen for the first time in four years. EU firms are also more pessimistic than their US peers, suggesting a rather fragile investment environment going forward.

The EIB Investment Report showed that, although substantial progress had been made, climate action investment in the EU was not yet on track. To achieve a net zero-carbon economy by 2050, the EU must raise total investment in its energy system and related infrastructure from two percent to three percent of GDP on average.

The European Union invested EUR 158 billion in climate change mitigation in 2018. At 1.2 percent of GDP, this is now marginally less than the United States (1.3 percent) and little over a third of China’s performance (3.3 percent of GDP).

The adoption of digital technologies in Europe is slow, with a growing digital divide among firms. Digital firms tend to invest more, innovate more and grow faster, enjoying first-mover advantage. However, only 58 percent of firms in Europe are digital compared to 69 percent in the US, with a particularly strong gap in the service sector (40 percent vs 61 percent). Thirty percent of older (more than 10 years old) smaller and medium-sized companies in Europe are persistently non-digital.

The EIB is the long-term lending institution of the European Union owned by its Member States. It makes long-term finance available for sound investment in order to contribute towards EU policy goals.