FEEDING THE WORLD in the decade ahead and beyond has become an issue of great concern. Realities of demographics, technological advancement, economics, politics, logistics, climate-related events and epidemics are becoming more obvious in their impacts on the global food systems to the extent that they cast doubts on the possibility of reaching significant milestones in specific aspects of the United Nations Sustainable Development Goals (SDGs) on or before the end date of 2030. Of immediate concerns are the SDGs 1, 2 and 3, which respectively emphasise no poverty, zero hunger, good health and wellbeing, respectively. With the higher level of interdependence between the developed and developing countries more than ever before, a world without poverty, hunger and poor health is most difficult to contemplate in the circumstances of uncertainties and heightened risks that emanate from natural and man-made causes. Global crises may therefore not be restricted by national boundaries or north-south dichotomy. It is now a known fact that technological breakthroughs have led to an ever-widening gap between the poor and the rich, with the rich getting richer and the poor even poorer on a global scale. This impinges on the poor’s access to nutritious foods, ultimately negatively affecting their health and wellbeing. Although the problem is not restricted to the poorer countries of the world, no place illustrates this crisis in the developed countries better than San Francisco, a tech city, with so much affluence to the extent that many who do not fit into the emerging tech economy – after being forced out of jobs – had to flee the city or simply became homeless beggars, living under bridges and overpasses.

Lately, the sudden and draconian lockdowns in most countries of the world had a domino effect on food production and supplies to the extent that many commercial and subsistence farmers in rich and poor countries respectively could not avert food wastage. In the US, for instance, many large scale dairy farmers had to spill away milk in large volumes, many crop farmers had to plough their harvests into the ground to serve as manure, and many others were simply left to waste on the field in the absence of farm labour due to movement restrictions. Such was the magnitude of waste that, except for government cushioning interventions, many of them would have called it quits with farming, with the resultant effects that food production would have diminished drastically. Things were not different, or were perhaps even worse, in poorer or developing countries. In the Southeast Asia, the prevalence of many small-scale farm holdings rendered them particularly vulnerable to food waste then as the enforcement of lockdowns was indiscriminate and near total. In China, the lockdowns were total for the most parts and still linger till now in some provinces. In many parts of the world, including Africa, the lockdowns were compounded by other confounding variables. Global locust crisis took a toll on Pakistan, East Africa and the Sahel, wiping out crops and damaging farms, leading to one crisis with another, thus forcing governments to fight on two fronts. In Nigeria, many egg producers had to throw tonnes of eggs away and had to downsize the number of birds fed during the lockdowns to save costs and also because they could not access the market. Many of them left poultry farming and closed down their farms. 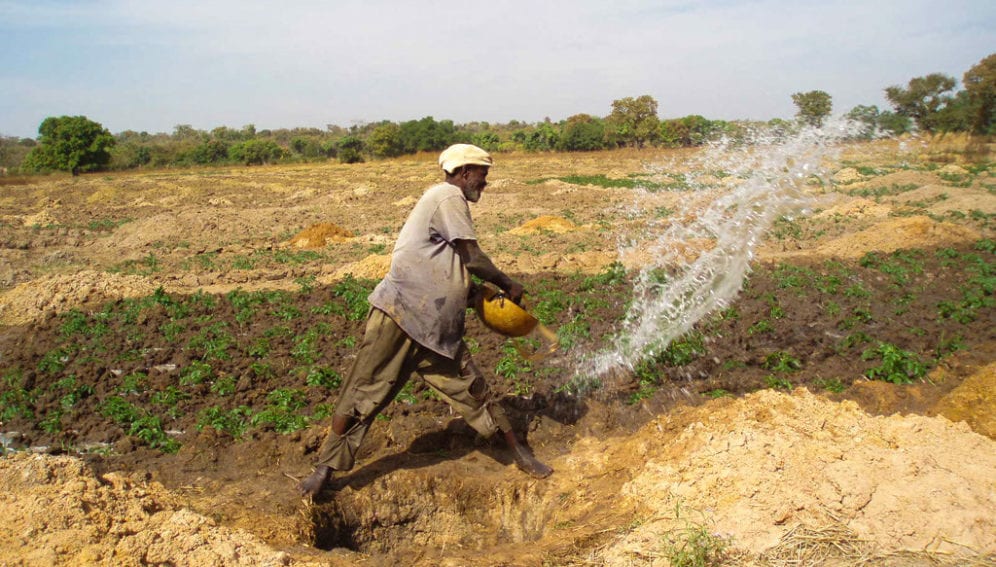 The worldwide disruption in the supply chain and logistics during the peak of the lockdowns meant that foods were locked out in the production centres away from consumption centres. The impacts extended beyond the lockdowns well into today. With the greater complexity in global governance, more complex and rather fluid nature of interdependence among and between countries, the rising population and increasing rate of urbanisation, a crisis has become apparent in a world of 7.79 billion people, half of which now live in the urban centres. Feeding the world has never been more challenging! Of course, food price inflation was a natural consequence. Authoritative sources have affirmed that, even now, food prices are skyrocketing around the world. As recently as in January, international prices for major food items reportedly climbed to a level near the heights of the global food price crises of 2007 to 2008 and 2010 to 2011, according to the United Nations Food and Agriculture Organisation (FAO). Trade restrictions, however, played a key role in exacerbating the global inflation of food prices then, unlike now. Rising prices in international commodity markets have started threatening food security even before Russia invaded Ukraine on February 24. The problem has been most acute for the poor in low-income countries, where rising food import costs weigh heavily on economies and on personal incomes, as food accounts for about half of consumption baskets and 20 per cent of imports. The impacts are closer home as domestic food prices have reportedly increased well over 10 per cent, year-on-year, in countries including Ethiopia, Gambia, Guinea, Haiti, Malawi, Mozambique, Sierra Leone, and South Sudan. Mozambique has been particularly hard-hit since the 2019 cyclones that devastated food production and displaced over 80,000 people.

International Food Policy Research Institute (IFPRI) wrote that “Rising food prices have a greater impact on low-income households, which spend a large share of their income on food. The surge in consumer food prices in many low-income countries partly explains the recent rise in global food insecurity.” Brash, politically motivated policy decisions are expected to be made by many countries on internal food security concerns in months ahead, particularly if the Ukraine invasion by Russia persists. Net food import dependent countries face grim prospects as some net food exporters are cutting back on their food exports for a variety of reasons. African countries, sadly, are mostly net food importers. Midway into the last month of May, in a surprise move, the government of India – the second largest wheat producer after China – suspended the export of wheat as severe heat waves have damaged a lot of crops, exacerbating tight global supplies since the Russian invasion of Ukraine began, thereby pushing up prices to new record highs. To date, no fewer than 20 countries have reportedly declared severe restrictions on food exports that cover one tenth of globally traded calories in the aftermath of the avoidable and profligate war that is putting the global food supply in a tailspin. Towards the end of April, Indonesia –the world’s largest exporter of palm oil – temporarily banned the export of palm oil, thus impacting global food prices even further and exerting extra pressure on already high cooking oil prices globally. The ban was later lifted a month later in May.

The blockade on the main maritime access to Ukraine since the war began has made export of wheat from Ukraine very difficult. Wheat import dependent countries in Africa have felt the impact so significantly. Egypt provides a good case study of what happens to Africa when major food exporters withhold their stock. Egypt, a country that depends on wheat from Ukraine for nearly 40 per cent of its calories, has been particularly affected.

Affirmation that Africa, a continent proclaimed at various times in many high profile populist platforms – including the World Economic Forum – as having 60 percent of the world’s remaining uncultivated arable land, remains a net importer of food is a paradox. It is a cause for worry as only seven per cent of this arable land is irrigated while about 65 percent of Africa’s (60 per cent) arable land is reportedly too damaged to sustain viable food production. According to a report, titled “No Ordinary Matter: conserving, restoring and enhancing Africa’s soil,“ Africa suffers from the triple threat of land degradation, poor yields and a growing population. This population, which has doubled overall and tripled in urban areas in the past three decades, has not been matched with commensurate increase in agricultural production and food security. This raises a number of social, economic and political issues of great concerns. At the regional levels, the peculiarities of challenges vary widely, from droughts to pests, diseases, wars and insecurity. In Somalia, a combination of terrorism and climate challenges has combined to devastate the country’s food security prospects in the foreseeable future. In recent times, the rural-urban population drift has increased as many rural farming households have left the rural countryside that is plagued with droughts after losing their crops and animals to perennial droughts. The urban centres, especially the capital city of Mogadishu, are particularly unsafe because of the periodic attacks on innocent population by bomb explosions. The tenuous ceasefire that has slowed down the Tigray war may provide enough respite for farmers to return to the farms in war zone of Ethiopia. This ceasefire, if it stands, may help in boosting Ethiopia’s food supply in 2023.

Nigeria is the source of 65 percent of certified seeds sold and used in West African countries. The implications for regional food security are far reaching, with significant impact on the production of staples within the ECOWAS sub-region, particularly in Chad, Niger, Burkina Faso, Mali. Insecurity has become a limiting factor for food production in the sub-region, with ample effects on Nigeria, extending eastwards into Cameroon and beyond. Cameroon is particularly beset and weighed down by insecurity from within and without. To the north, Cameroon is grappling with Boko Haram, separatists are disrupting the peace in the Southwest while the spill-over of crisis from Central African Republic is disturbing the Eastern part of the country. Altogether, this is harming food security in such a naturally well-endowed Cameroon. The Eastern part of the Democratic Republic of Congo is no stranger to regular attacks by armed bandits along the border with Uganda, which has seriously hindered food production in the region. It remains to be seen how Africa that struggles with these challenges hopes to feed itself and the wider world. The Russian-Ukraine war should wake Africa up to a deep sense of responsibility in food production as any country or region of the world that has the food has the power to determine its supply and the price, and – by extension – the political influence on import dependent countries. And Africa has many of them.