U.S. farmers are gearing up to plant what could be their third-largest soybean crop ever despite failing to sell a mountain of beans from their last harvest due to a U.S.-China trade war that remains unresolved. 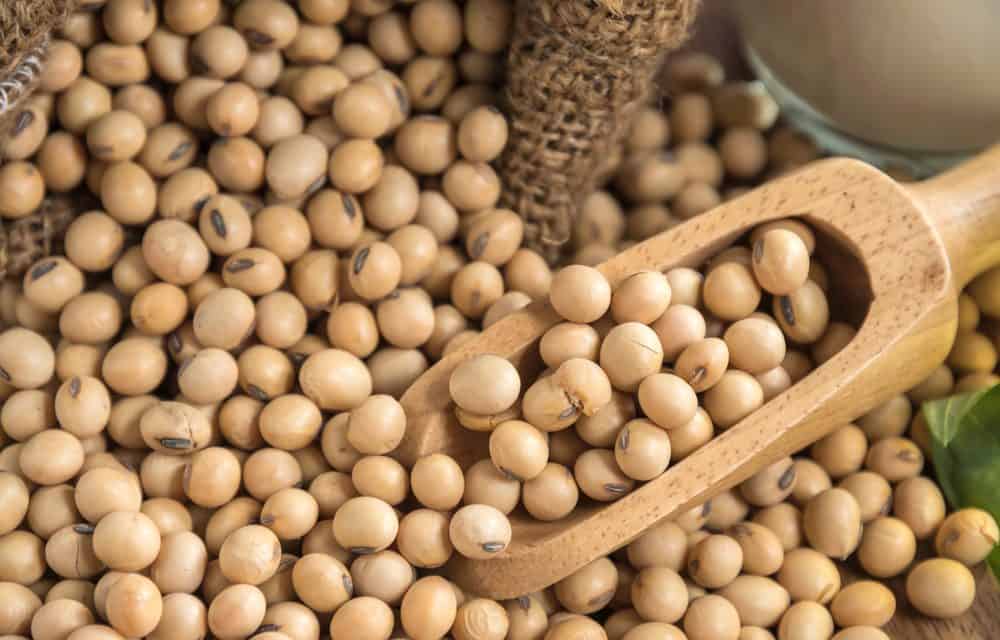 Soybeans were the single most valuable U.S. agricultural export crop and until the trade war, China bought $12 billion-worth a year from American farmers.
But Chinese tariffs have almost halted the trade, taking the biggest buyer out of the market and leaving farmers with crops they cannot sell. The U.S. government estimates farmers will have 900 million bushels, or approximately $8 billion, of last year’s soybeans in storage silos around the country when they start harvesting the next crop.
The U.S. government rolled out a $12 billion farm aid package last year to soften the impact of falling revenue on farmers, an important source of votes for U.S. President Donald Trump.
As winter ends and farmers begin planting, they will continue to plant soy despite uncertainty over whether they will be able to sell beans to China later this year. There are simply no better options, farmers say.
“It is tough to rotate out of soybeans because what else are you going to plant?” said Darin Anderson, a 41-year-old farmer from Valley City, North Dakota.
One alternative, sorghum, was also dragged into the trade war. Farmers also could increase their corn acreage but the corn-based ethanol industry is struggling. Additionally, farmers who plant corn on the same fields two years in a row need to buy extra fertilizer and fuel.
Alternative niche crops such as hemp are expensive to start growing and have limited markets.
“Farmers have made long-term investments whether it is equipment or storage,” said Josh Gackle, a 44-year-old farmer from Kulm, North Dakota.
“All that is very specialized and the transition to something else takes a new set of investments.”
That means farmers will plant soybeans in the hope that the trade war ends, or that they will be compensated by another bailout or crop insurance schemes.
The U.S. Department of Agriculture (USDA) forecasts farmers will sow 85 million acres of the oilseed this spring. That is down just 4.6 percent from last year and would be the third largest U.S. area planted with soybeans.
The USDA expects soybean prices will fall in 2019 due to tariffs and rising supply. But soybean futures prices have performed relatively well, considering the disruption to markets from tariffs. The price is up 5.3 percent since China imposed a 25 percent tariff in July. That means many growers have made a slim profit from seeding soybeans.
“It is not a lot of gravy by any means,” said Austin Rincker, a 30-year-old farmer from Moweaqua, Illinois. “But with a good crop, we could still maintain some profitability.”
Rincker is aiming for a 50-50 split between corn and soybeans on his farm after a similar division in 2018. Any further increase in corn would add to his expenses, he said.
Growers are also confident their government-subsidized crop insurance plans will soften the blow if soy prices fall.
Farmers pay for their individual insurance policies, which provides a minimum price they will receive when they book sales for their crops. The federal government funds around 60 percent of the insurance payouts.
“It is nice to know it is there,” said Art Bunting, an Illinois farmer who typically opts for plans that cover 85 percent of expected revenue, the maximum amount offered under the plans.
The 2019 crop insurance price for soybeans was set at $9.54 a bushel based on the futures market activity during February, a rate 62 cents lower than last year. The November soybean futures contract, which is used to determine the crop insurance price, had dropped 18 cents below that level by the middle of March.
As well as the insurance, farmers were able to tap the government aid program to boost the profit on their 2018 crop. The bulk of the program’s budget was devoted to soybean claims. The USDA has said repeatedly the package was a one-off deal.